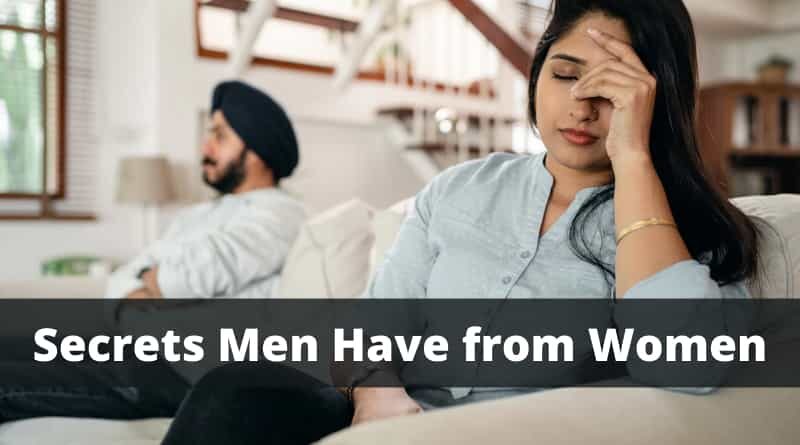 Is there a human being without secrets? There is none. Everybody has secrets, even if they claim they don’t. Those little hidden thoughts or facts are often perceived as wrong or immoral when they can be harmless or not as intriguing as you might have thought. For instance, women are so often interested in all the secrets their men are hiding from them that they can go the extra mile.

Check phone with a fingerprint taken on tape or investigate who the stranger girl that liked his photo was. To prevent you from the hustle and bustle of knowing more about your men, here is the list of 5 secrets most men have from women. Spoiler: those are the secrets they wish women knew about.

5 Secrets Most Men Have from Women

Feelings? Not on My Watch

So many movies, stories, and books tell women that men hide their emotions to seem manly. Well, that was true in the past, as the narrative has changed. Now, men open up about their feelings more often, considering their background and the family that raised them.

There is a growing number of parents who allow their children to express their feelings freely regardless of their sex. Undoubtedly, so many men are still attached to that unemotional picture of manhood that they would escape their feelings at all costs. The good news is that they are gradually speaking up. They will appreciate women’s support for sure, even if they don’t confess that they will.

Read: Things Couples Can Do in the Morning

Sometimes women might think that complimenting guys is not as important as it is for women. However, most men would reject saying that they would like to hear nice things about themselves, their outfits, or anything else that they did. Women may think that being cold and indifferent can ignite some fire in their relationship while having the opposite effect.

Being cold and afraid of smiling or saying something good can mean that you are not interested in that guy. On the other hand, giving sincere compliments can show that you notice and think about someone specific. Also, men are much more straightforward than women. If you compliment them, you just compliment them; (almost) no one will search for hidden messages or hints.

Men tend to think about other women. But guess what? Women also think about other men, don’t they? It is just a thinking process that goes on in the head of every human being. Mere thoughts or being a little bit upset-minded doesn’t claim that your man has a side affair that he is fantasizing about.

He can think about a conversation he had with his colleague or the girl he met earlier today just because those are his thoughts. So often, women tend to judge their men for thinking about other women, looking at them, and complimenting them. Afraid of being prejudiced, men rarely confess to having such thoughts, which leads to being secretive. It evolves into a feeling that he cannot be 100% himself in that relationship.

Men are more aware of their performance in bed than you might think. After all, it is their body, and they do feel when things go wrong. An important thing to remember is that sexual performance can be labeled as dissatisfying for different reasons, from being tired and not ready to more severe issues, like erectile dysfunction (ED).

It is characterized by the inability to maintain and keep an erection necessary for sexual intercourse. Experiencing these issues from time to time is normal, whereas stumbling upon them almost always signals a possible problem. If your relationship is based on absolute honesty and trust, men would most likely be ready to discuss this issue with you. If you are from Washington, you can also visit specialists in ED treatment in Issaquah and get qualified help.

Finally, men would like women to know that each of them has his tastes and preferences. Media pushed forward the picture of women that every man wants, but the reality is that tastes are different both among men and women. Just because a particular body image is advertised doesn’t mean that every man should fall for it. Ask yourself: do you share the same tastes in men as your friends? The chances are high you both like certain types of men and dislike other types. The same applies to men. Remember that movies, where everybody at a university or work falls in love with one woman, are scripted, and those are just actors. Different men experience real emotions and attraction towards different women.

Although men have other secrets, too, trying to know them is a road to nowhere. Instead of wondering what your man hides from you, you can spend that time on your wants and becoming interested in yourself first. Also, don’t forget that relationships blossom between two adults when an accepting and supportive environment is available. If you have it, no secrets can hinder your love.

Things Husband Can Do During Wife Pregnant

Top 12 Gifts For Your Special One For Valentine’s Day

The Most Effective Tricks Long Lasting for Hours 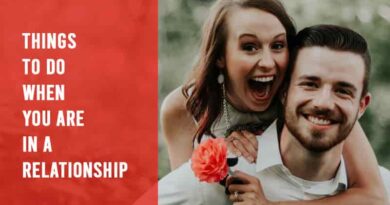 Things Couples Can Do in the Morning 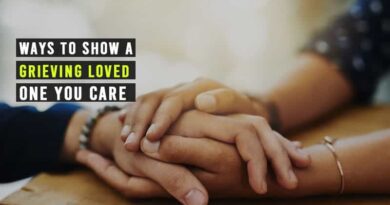 7 Ways to Show a Grieving Loved One You Care

Things Husband Can Do During Wife Pregnant

Top 12 Gifts For Your Special One For Valentine’s Day

The Most Effective Tricks Long Lasting for Hours

What is Laser Resurfacing?

10 Important Things You Should Know About Intensive Outpatient Programs

Health and Wellness for Studying Nurses: A 2022 Guide

5 Tips for Getting Through Nursing School with Minimal Stress

Things To Look For When Choosing A New Dentist

How Much for a Capillus Laser Cap?