For many reading this article, real hunger might be far from your mind.

Perhaps you have felt hunger pangs at work or home. Those pangs were probably quickly subdued by eating an apple or drinking a glass of water. But for over two billion people worldwide, hunger pangs mean a completely different thing.

Real hunger is the symptom of a sustained period of malnutrition—a period during which the body slowly eats away at stores of fat and muscle until it is left with little else. This type of hunger is coupled with fogged memory, slow-healing wounds, weakened immune systems, decreased mobility, and a constant coldness, among other symptoms. Although malnutrition has a wide range of indirect and direct causes, people with a lack of resources likely suffer the worst effects.

Fortunately, several global organizations aim to tackle some of the more severe issues of hunger. When we think about charity foundations, many of us imagine those organizations reaching out to struggling villages in developing countries. Consequently, many of us believe that is where the hunger problem ends, but there is far more to the question of world hunger than just people with empty stomachs.

The real number of people without access to healthy food worldwide reaches into every country in the world—both developed and third-world. The scope of the problem, and the lack of major global work done to combat it, have recently caused organizations to band together and fund efforts to tackle hunger.

Tackling Nutrition in the United States

Did you know that one of the countries that suffer the most from malnutrition is the United States?

It might be shocking to learn that there are people in the United States who suffer from starvation and some of the more ravaging forms of malnutrition present in underdeveloped countries. While deaths from outright starvation are almost too rare to count, many US premature deaths could be prevented with proper nutrition.

The ones who suffer the most are those who live in areas where access to fresh food might be impossible (due to lack of transportation), those where rent is too high to afford necessities, and those who live in certain minority groups worldwide.

However, to completely understand hunger, we must suspend the idea that hunger is limited to starvation. Malnutrition encompasses more than just starvation, and many people in the United States suffer from it.

In summary, there are three main problems that malnutrition encompasses: undernutrition, micronutrient deficiency, and obesity as a symptom of malnutrition.

Obesity is a familiar problem in the U.S., federal, state, and local governments have spent a great deal of public funding trying to tackle. However, many previous efforts have attempted to provide a cure without acknowledging underlying issues.

Public school programs ask kids to wear step counters and encourage them to exercise and often blame people (and in this case, kids) themselves—making weight about a personal failure rather than a symptom of a systemic problem.

What these programs fail to show is that one-in-six children in the United States live in poverty. Impoverished families have less access to fresh fruits and vegetables, lean proteins, vitamins, and drinks, which provide them with essential nutrients. This has a severe impact on their performance in school, which lessens their educational prospects even further. When we rationalize the implications, it is clear that the cycle of poverty and malnutrition goes hand-in-hand.

In the same vein, workplace programs for adults in the United States focus on their employees, taking the initiative to better their health. These campaigns ask staff to choose sensible foods and to exercise, offering prizes as incentives.

However, companies will often spend money on prizes for exercise goals rather than to address livable wages at their offices. Employees cannot be expected to seriously maintain their health over a sustained period if they do not have wages that allow them to buy healthy foods. Additionally, if they work overtime to try and afford these fresh foods, they do not usually have the time to devote to frequent exercise.

The bottom line? When children and adults do not have access to fresh fruits and vegetables, low-sodium food, and time to put into sustained exercise and creating whole-food meals, their bodies begin to suffer. Without programs aimed at filling in where their workplaces, school systems, and local and national governments have failed these people, there will likely be little success tackling what has been called America’s most significant health threat. People cannot be expected to make the changes themselves when they do not have the funds or time to do so because of how our economy operates.

Across the globe, one-in-nine people are malnourished. Whether malnourishment causes people to retain weight or causes muscle wasting and other signs of starvation, the result is often the same—lower quality of life.

If 2020 is the year of accountability, it is time for industry leaders to support programs and to put resources behind the causes they support. The Nutrition For Zero Hunger Campaign is only the first step in Herbalife Nutrition’s goals to improve nutrition for all.

A Closer Look at the Herbalife Nutrition Zero Hunger Campaign

The Goal behind the Nutrition for Zero Hunger Campaign is simple—to make healthy, nutritious food more accessible to all. To tackle this enormous goal, Herbalife Nutrition has already invested $2 million to nutritionally vulnerable populations worldwide. In the United States, this includes the elderly and people in lower-income brackets, of which there are a disproportionately high number of people of color.

Herbalife Nutrition intends to combat the Zero Hunger campaign by addressing the issue of hunger as a social justice issue, which is why the focus is on building an educational foundation and addressing funding issues.

To do this successfully, these are the initiatives put into place.

These are only some of the efforts which aim to hit the UN’s goal to end world hunger by 2030.

Herbalife Nutrition is only one of the many companies working together. The hope is that the combination of influential figures and organizations will help communities achieve this goal faster than they could individually, thereby preventing deaths and improving the lives of people worldwide. The goal might seem like a steep one, but it needs to happen to save millions of lives worldwide.

Putting an Emphasis on Empowering Women

Herbalife Nutrition’s leadership in this campaign will be critical. However, the company and its partners are sowing grassroots to create lasting change in other ways. One of the most impactful ways that Herbalife Nutrition’s Nutrition for Zero Hunger campaign is doing this is by raising awareness of the important role women play in reducing hunger in our communities.

Global studies have shown that when women are put in positions of authority—or at least given the same tools to make themselves better—those societies benefit overall. Unfortunately, it is hard for women to contribute equally when they are not given the means to do so, and it is especially hard to achieve when they are hungry.

Globally, women and children account for 60% of hunger-stricken populations. It is clear why this is the case. Patriarchal societies worldwide place the onus on male dominance in the workforce and at home. In turn, this often leaves men in charge of finances, house-wide rules, and micromanaging the lives of the people in their family.

In underdeveloped countries, this also sometimes means that women are left with household responsibilities as well as the expectation to provide for the family monetarily. Consequently, women in these positions do not always have the time, money, or resources to feed or educate their children properly. In truly poor households, children might be expected to work, which further impacts the cycle of proper nutritional intake and education.

In many countries around the world, including first-world countries, women often take on the roles of nurturing their children. Nurturing roles include education, feeding, and care, all of which directly support children’s development during critical stages in their lifetime. Therefore, grassroots efforts must focus on getting primary nurturers nutritional education tools, as well as access to nutritious foods.

Many women and girls lack access to education worldwide. In turn, this impacts access to dependable income to supplement their husbands’ or families’ income, which, in turn, affects access to nutritious food. On top of that, women worldwide make less than their male counterparts, which means that even if they are independent of a husband or father, they might not be able to meet their nutritional requirements.

The goal, then, is clear for Herbalife Nutrition’s efforts. When both women and men meet educational requirements, they can systematically help end hunger together. Therefore, closing the income gap is part of the foundational work needed to end world hunger. 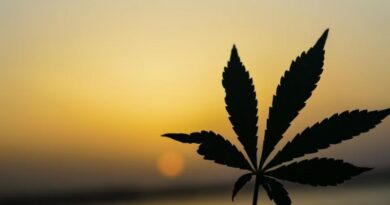 Steps to Getting a New York Medical Marijuana Card 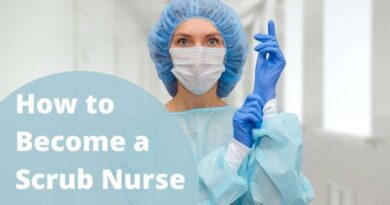 How Much Do Scrub Nurses Make? 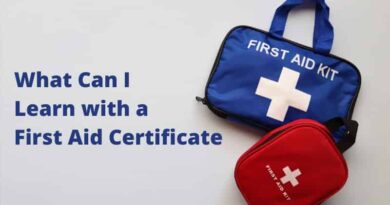 What Can I Learn with a First Aid Certificate?