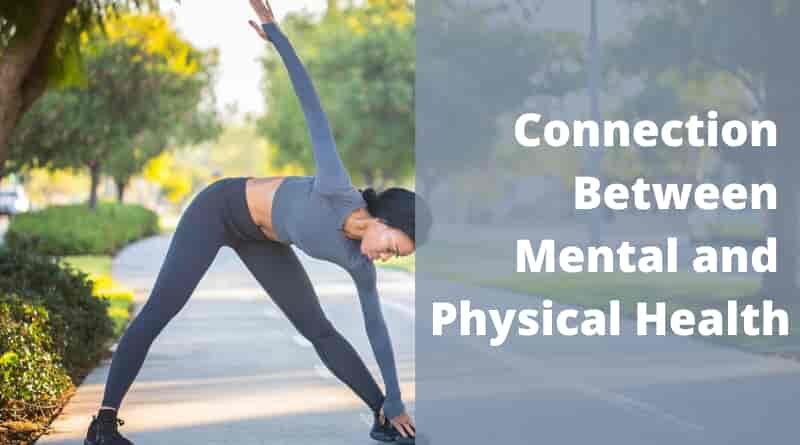 Several mental illnesses – such as anxiety and depression – are manifested through physical symptoms. Stress doesn’t just make one nervous/restless but also weak while increasing heart rate. Similarly, depression can affect a person’s physical existence by causing fatigue, nausea, or headaches.

On the other hand, almost every physical illness causes the patient mental distress because of its emotional toll and financial ramifications. Our physical actions influence us mentally. So, we must promote a healthy lifestyle while giving equal importance to our mental health and physical well-being. Now, let’s dig deeper into the mysterious relation between these aspects of our existence.

How do we define mental health? It refers to a person’s welfare on social, emotional, and psychological levels. Mental well-being keeps you productive, makes you self-reliant, and helps you maintain healthy relationships. When a person’s mental health begins to decline, they suffer from insomnia, sudden mood shifts, and withdrawal from friends/family. Physical fitness, on the other hand, relates to nutrition and activity. It ensures that your entire body functions properly and doesn’t disrupt your productivity.

Recent studies have shown that a person’s mind and body often work in unison to ensure the person’s health and well-being. How exactly do these two interact? The answer seems complicated and requires the study of human behavior. Several psychology students and researchers combine research work with bachelors in psychology online to understand how mind and body collaborate. eLearning allows them to gain theoretical knowledge alongside conducting further research and answering the many intricacies of the human mind and body.

Some of the following examples

Let’s further understand this with some of the following examples:

Depression and your immune system

Statistics show that around 9.5% of Americans aged 18+ suffer from a depressive disease each year, making depression the most common mental disorder in the USA. But depression also weakens a victim’s T cells, thereby causing a decline in their immune response.

Some studies have even suggested that probably a weakened immune system leads to depression. Anyway, there’s a well-established connection between several depressive disorders and a person’s immune system.

Dementia patients have some hope

Dementia is common in people aged 65 or more but attacks youngsters as well. Some studies show, however, that one can prevent dementia by adopting a healthier lifestyle. You need to bring some lifestyle changes such as eating nutritious meals, exercising, and cutting back on drinking/smoking.

In other words, you can prevent the development of a brain disorder by boosting physical health. We’ll discuss some more ways to improve the mind by focusing on the body soon.

Mental illnesses may lead to fatigue

Mental exhaustion sometimes leads to physical tiredness. So, it’s not “all in your head” after all. Suffering from a mental disorder causes the victim to feel sluggish, exhausted, and less energetic than mentally strong people. There’s a strong linkage between mental well-being and physical fatigue.

Psoriasis is an auto-immune disease – a dermatological condition – characterized by red sores on the patient’s skin. It’s believed that stress triggers this disease. Since stress makes your body release hormones that cause inflammation. Just as stress has manifested physically in the form of spores, it can also make the itch worse.

No wonder around one-third of folks suffering from a severe medical problem also have symptoms of depression – as reported by WebMD.

Diabetes can be extremely stressful

In 2016, a report by NCBI showed that 40% of diabetes patients also suffered from stress caused by this physical illness. That made it more challenging for patients to focus on their well-being. Varying blood glucose levels can make a person feel anxious/depressed. Thus, it makes the patient less motivated to focus on their recovery.

Undeniably, diabetes causes stress, and this stress makes diabetes even worse. This example has validated our point too.

How can one control this mind-body connection and improve it? We can understand this by discussing the “smoker’s paradox.” We know that smoking leads to several physical illnesses that include cancer, bronchitis, and pneumonia. But why is it difficult to quit smoking? People pick up this habit to ease their stress/depression. Not just nicotine but even picking up and lighting the cigarette increases your levels of dopamine. Increased dopamine levels lower a smoker’s depression and make them feel happier.

So, what’s the paradox here? Smoking makes a person happy while killing that person from the inside. This example gives you clear insights into this weird mind-body connection. Sure, we can control it and make ourselves mentally stronger by focusing on physical fitness. We have energy healing exercises that improve one’s mental and physical well-being.

Here are some methods to help boost mental health by improving your physical well-being:

The connection between a person’s mental health and physical well-being constitutes perhaps a vaguely understood but well-evident relationship. This mind-body interlink affects our overall health. It means that taking care of one aspect can drastically improve the other. Hence, making minor alterations in your lifestyle and schedule – your diet, sleep, and workout routine – can make you feel lively from inside and energetic from outside.

Even though we don’t understand how pathways of these two aspects entwine, this relationship has been observed in several studies. So, several techniques used to boost your health also contribute to physical fitness whereas bolstering your psychological strength.

Types of Exercises for Seniors 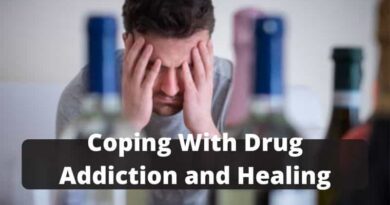 Parents Guide to Dealing with ADHD in Children