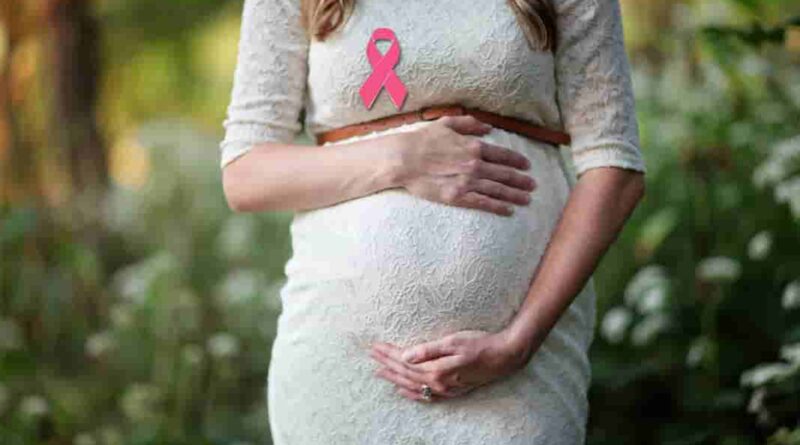 The most common cancer that occurs during pregnancy is that of the breast as it affects at least 1 in 3000 pregnant women. The fact that more women are opting to delay childbirth until they get to their 30’s further increases the number of women suffering from breast cancer during pregnancy.

When a woman is pregnant the breasts undergo various changes that can make it more difficult to diagnose, monitor and treat breast cancer. Medical researchers have not yet done adequate clinical trials and research of how to deal with breast cancer in pregnant women and thus most of the data they use to guide treatments only relies on case-control studies, case reports and retrospective cohort descriptions.

During pregnancy, breast cancer is known to be one of the most occurring malignancies that bring unwanted complications. Also, 10-20% of all cancers are detected during pregnancy or during the 1st postpartum year of pregnancy in women who are 30 years of age and below.

There is an increased risk of developing breast cancer after delivery especially during the first 3-10 years after giving birth despite the known long-term protective benefits of being pregnant. Several studies that were done on separate populations suggest that family history can be one of the risk factors associated with breast cancer.

This increase in risk is linked to a tumor suppressor gene known as BRCA that causes hundreds of different types of mutations most of which are harmful while some have no impact at all. This BRCA gene is classified into two: BRCA1 and BRCA2.

Women with BRCA2 appear to be at a more increased risk of getting breast cancer that mostly develops during the first two years of postpartum. Genetic counseling should be done to pregnant women suffering from breast cancer in consideration to the age of the diagnosis made.

After giving birth, women are not only at an increased risk of developing breast cancer but can also have a more complicated prognosis than that of a non-pregnant woman if found to have cancer. Another research has shown that there is an increase in the rate of mortality from a new type of breast cancer that has been recently discovered.

This type of cancer decreases with each year subsequently after giving birth. This research also demonstrated that a new diagnosis of breast cancer done within 2years of pregnancy has an increased rate of mortality as compared to women with an older dated pregnancy by 95%.

Pregnant women may at times present identical symptoms that match those of non-pregnant women suffering from breast cancer. Usually, a delay in diagnosing cancer in women who are pregnant affects both lactation and the pregnancy itself. This delay causes an increase in the size and density of the breast tissue.

Because of this, pregnant women with breast cancer are known to present a more advanced stage of the disease which may involve the lymph nodes. Also, because of delayed diagnosis, palpable masses that last for more than two weeks when pregnant should be clinically investigated even though it has already been seen that about 80% of breast biopsies in pregnant mothers end up being benign.

There are several ways to conduct an investigation on whether a pregnant woman has cervical cancer or not. These procedures include:

This method uses ultrasound technology to differentiate between solid and cystic breast masses and carries no risk of radiation exposure. Most pregnant patients who are diagnosed with breast cancer are found to have a solid mass on their breasts even though a different research report suggests that 2 out of 4 infectious tumors have resembling characteristics.

This further stresses the need to monitor and evaluate the biopsy of suspicious masses on the breasts of women who are pregnant. A study that was conducted recently demonstrated that ultrasound is 100% effective in diagnosing suspicious breast masses when compared to mammography.

Read: Things Husband Can Do During Wife Pregnant

Mammography is usually done on pregnant women under proper shielding of the abdomen. This shielding greatly reduces radiation exposure to the fetus. Due to the excess water content in the breast tissues of a pregnant woman and a decreased contrast in fat layers, the effectiveness of mammography is greatly decreased.

An endometrial biopsy is done when there is a clinically suspicious mass, even when mammography and ultrasound prove to be non-diagnostic. Fine needle aspirate (FNA) procedure that is done to pregnant patient’s breast is a technique that has been well established throughout the years.

However, the pathologist performing the biopsy should be made aware that he/she is dealing with a patient who is pregnant. Also, excisional and core biopsies can also be done safely under local anesthesia.

The use of MRI in diagnosing masses that are caused by breast cancer in pregnant or lactating women has not yet undergone any prospective studies and the use of gadolinium on pregnant women is not authorized. Gadolinium is an injectable substance used in MRI scans to enhance and improve the quality of the images displayed.

Studies have shown that when gadolinium is injected in pregnant women it may cross the placenta and cause several abnormalities to the fetus. This early study contradicts other more recent studies that show gadolinium to be safe even when injected during pregnancy.

Read: Foods to Eat in First Month of Pregnancy

Pathology and evaluation during pregnancy

Women who are pregnant and have developed breast cancer are known to have lower receptors of both estrogen and progesterone. This explains why the Initial staging must involve both a physical examination and a complete medical background of the patient. The examinations done include:

If there are any more queries of metastases of the liver after ultrasound has been done, the doctor may opt to perform an abdominal non-gadolinium enhanced MRI. This is done because the liver might have undergone several fatty replacements right after conception. At this stage, the use of CT scans and bone scans are prohibited due to concerns over exposure of radiation to the fetus.

CBD Oil for Dogs: CBD Extraction Techniques You Should Know 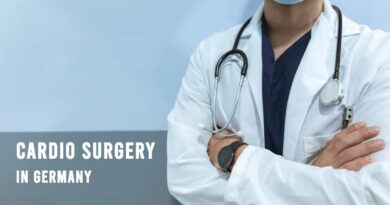 Know About Cardio Surgery in Germany